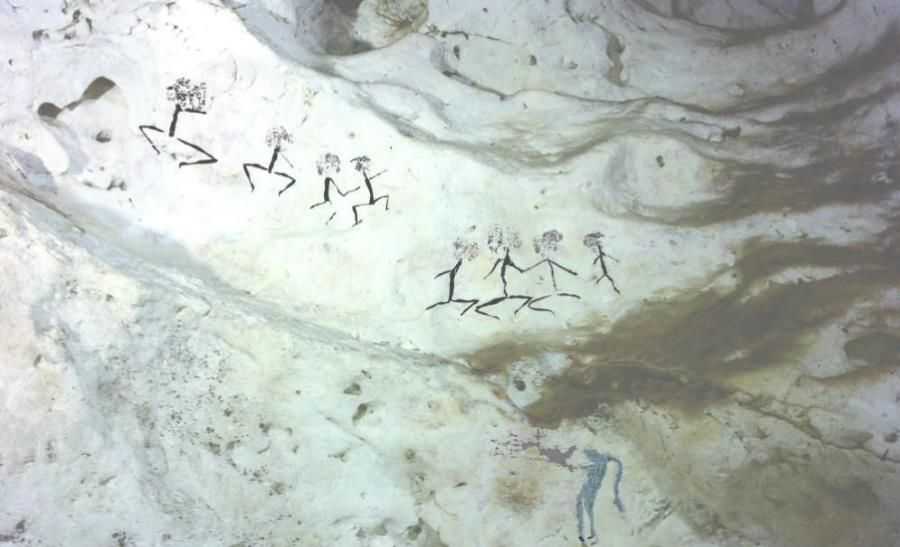 Cave paintings dating back 40,000 years have been identified in Borneo. years

Archaeologists from Australia and Indonesia have identified the oldest example of figurative art. Figurative art, showing animals or people in their natural shapes, is one of the most important innovations in early human culture. The findings in Borneo indicate that it did not originate in Europe, as many scientists but rather in Southeast Asia during the last ice age.

Drawing animals could be a gateway to illustrating other aspects in human life, including hunting and dancing. – Initially, humans created figurative images of large animals, and p Then they began to depict the human world – said study leader Maxime Aubert, an archaeologist and geochemist at Griffith University in Australia.

The research was published in the journal „Nature”.

Lubang Jeriji Sal Caveéh, which hose limestone walls are covered with ancient works of art, lies in a remote g The first time the bats were found in the Kalimantan province on the island of Borneo in Indonesia. Primitive depictions of animals and people, stencils of hands or complex, abstract motifs, in all hundreds of malunk have been known to scientists since 1994. However, until now researchers did not know when they were created.

To date the age of the cave paintings, researchers used the properties of the element in the radiotw rczych. They used the uranium-thorium method, which ra is based on the rate of decay of the isotope in uranium and thorium, which re is known to scientists.

When rainwater seeps through the limestone, it dissolves a small amount of uranium. Uranium decays into thorium and protactinium. By studying the ratio of uranium to thorium in calcium carbonate, a shell that The shell covering the cave wall, scientists have determined how old is the shell covering the drawings. This allowed them to estimate the age of the paintings to be between 40,000 and 52,000 years old.

– The oldest example of figurative cave art we have identified, which ry we dated, is a large image of an unidentified animal, probably a species of wild cattle, which re still living in the jungles of Borneo – admitted Aubert. Ancient cow is the earliest known human work depicting an animal.

Previously, the world’s oldest known animal painting was an ancestor of a deer around 35,000 years old. years found also on the Indonesian island of Sulawesi.

The painting of the wild cow is one of a series of similar, red-orange images in, which hich were made using a pigment containing iron oxide. The animals are painted in the same style, with large bodies and small legs. 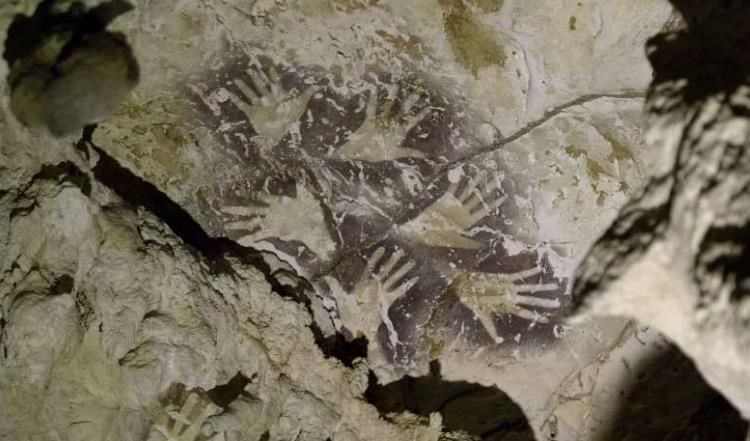 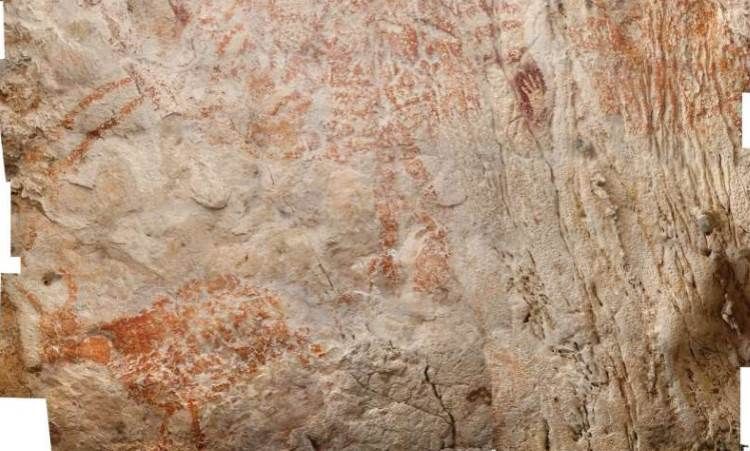 The researchers also managed to determine the age of some hich template in the hand left in a cave. These may be the signatures of ancient artists . The oldest identified is at least 37,000 years old. Another of the drawings , this time an example of abstract rather than figurative art, may be as much as 51,800 years old.

Findings showed that ancient artwork in Lubang Jeriji Sal caveéh have evolved in three r The most common periods of time. The first phase, which The paintings date from 52,000 to 40,000 years ago, and include handprints and reddish-orange images of animals drawn with ochre.

The second period of ancient art from Borneo is characterized by the use of purple pigment and is dated to between 16,000 and 21,000 years ago. This phase includes several visible images in people, but also hand stencils and abstract symbols. People are depicted wearing elaborate headgear and engaging in r Some activities, such as hunting or ritual dances.

However, scientists do not know whether these r The different types of cave art come from two ch r The different groups of people, whether they represent the evolution of a particular culture. Archaeological excavations are currently planned in the cave, kt that may give more information about the unknown artists.

The final phase of cave art includes human figures, boats and geometric symbols that They were mostly drawn with black pigments. This type of art may have originated with Asian Neolithic farmers in which people moved to the area about 4,000 years ago.

Earlier this year, British scholars published a study of paintings from three locations hundreds of kilometers apart in caves in Spain. The results of their work indicated that the drawings found in the caves were created about 64,000 years ago. More on this topic in the text: Neanderthals were the first artists? Cave art from 64,000 years ago. years.

In contrast, several intersecting lines made with ochre are believed to be the oldest drawing in history, kt The caves were part of a larger body of. A fragment of a painting has been found on a piece of rock in one of the caves in South Africa. A piece of rock comes from an archaeological layer 73,000 years old. years, and the drawing itself shows nine intersecting lines reminiscent of the hashtag used these days. Read more here: Oldest drawing ever discovered in South Africa.