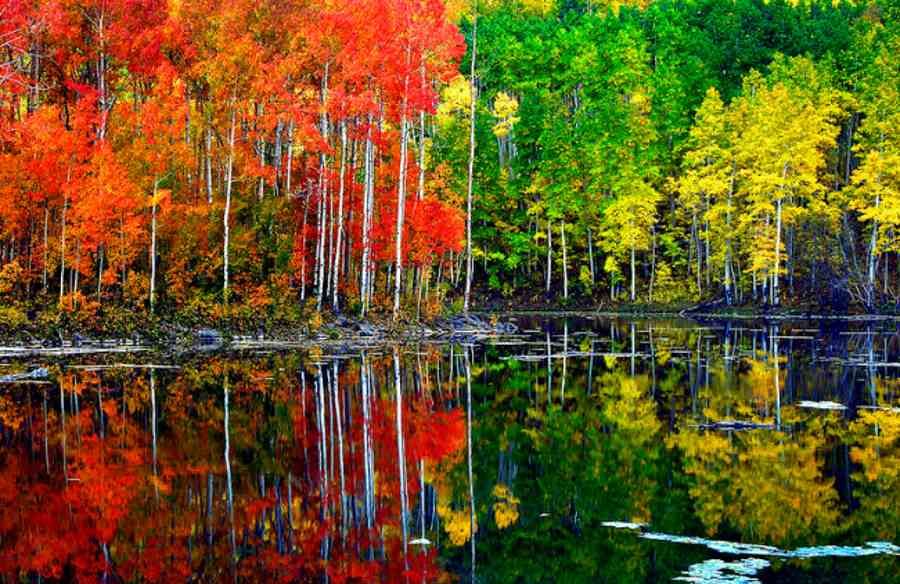 One of the largest organisms in the world is shrinking

One of the world's largest organisms, a forest of genetically identical trees called Pando, is slowly dying. About 80 percent. its area is threatened by animals that devour its young shoots.

Located in the U.S. state of Utah, the forest of genetically identical trees is believed to be one of the largest and oldest organisms of Pando living on our planet. It looks like an ordinary forest, but each tree has the same genetic material and is connected to the others through a complex root system called a polycormon.

This is called a clonal organism or genet or genetic individual. Its structure can be characterized as modular. The The more or less distant shoots or offshoots are called ramets, and morphologically and physiologically they are one entity, although they look like separate individuals. Such a macroorganism can occupy an enormous area and weigh thousands of tons. This type of organism This type of organism includes the dwarf common spruce – Picea abies or Lomatia Tasmania, a plant of the silverside family.

The largest genetic individual – the aspen poplar (Populus tremuloides) – is called Pando (the name is taken from Latin and means „I'm spreading”). You may also come across the name The Trembling Giant. Located in the US state of Utah, it has more than 47,000 ramets, or trees. It inhabits an area of more than 43 hectares and its total mass exceeds 6,500 tonnes. Researchers have not been able to estimate its age. It is thought to be at least 11,000 to 12,000 years old, but other estimates m ties about 80,000 years.

This unusual organism is constantly being monitored by scientist from Utah State University. Researchers are sounding the alarm that Pando is in danger and appears to be dying.

Researchers led by Paul Rogers have completed the first full assessment of the health of Pando. The news coming out of the study is not good. They conclude that Pando, for 30-40 years, has not produced enough young ramets to replace losses caused by animals eating the young shoots. This is causing the genet to shrink.

But Pando's shrinkage was noticed as early as the late 1990s. Dumped in Meanwhile, they blame moose and deer, which re eating young ramets. It was created in At the time, the idea of fencing the forest was proposed, but it was not realized.

Rogers' study divided the forest into three experimental groups. One section was completely unfenced, where animals were allowed to roam free feed on young shoots. The second section was fenced off and left alone. The third was r also fenced in, and then in some The cockroach is not the largest living organism in the world that would stimulate its growth. Treatments consisted of removing the shrub in and other plants that grow on its land or controlled burning of intruders .

The results of the applied treatments have been published in the „PLOS ONE” and show that it was enough to restrict the animals' access to Pando to make this m rebuild itself. The first unfenced section continued to suffer damage from animals, but in the other two The world of some insects can be like a horror movie re have been fenced, young ramets were flowering. 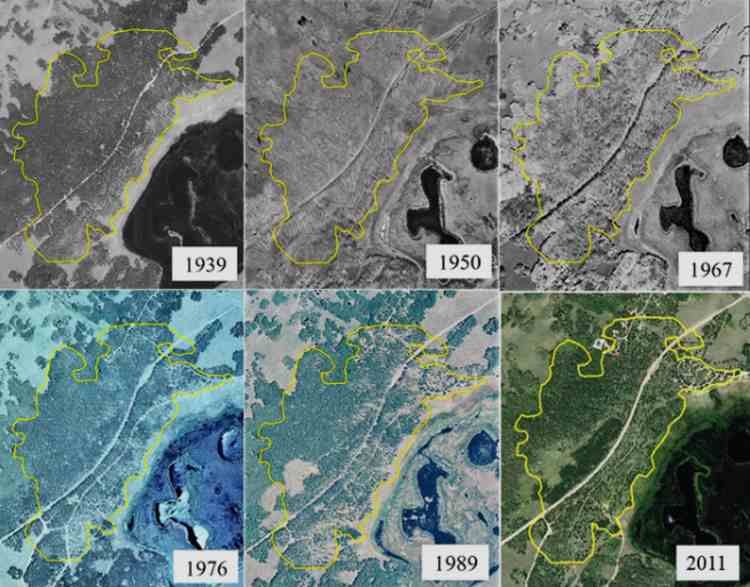 The good news, at least for Pando, is that it appears that containing the animals will be enough to solve the shrinking problem. However, fencing off the entire forest is problematic. – All, including the r me too, we don't want fences around the iconic forest. We don't want to go out into nature just to see a fence stretching over a large area – Roberts admitted.

A researcher has pointed out an alternative solution. According to him, you have to somehow b to limit access to the forest for animals eating young Pando shoots. The shrinking of the forest began in the past century. This period coincides with the entry of humans into the area, who here predator populations have been depleted in the area. And predators, such as wolves, control populations of deer and roe deer, which hich in turn eats young ramets.

Human activities – as Rogers found – have turned Pando into a safe haven for deer, artificially inflating their numbers in the area. Therefore, scientists, in the protection of Pando, advocate the culling of animals responsible for the shrinkage of geneta. While this seems extreme, it may be the only opportunity to give Pando a chance for long-term survival.

Pando despite its impressive size is not the largest living organism on Earth. That title belongs to the nearly one thousand hectare in the Armilla Galica fungus, which The second section has been fenced off and left alone also in the US, in the state of Oregon.