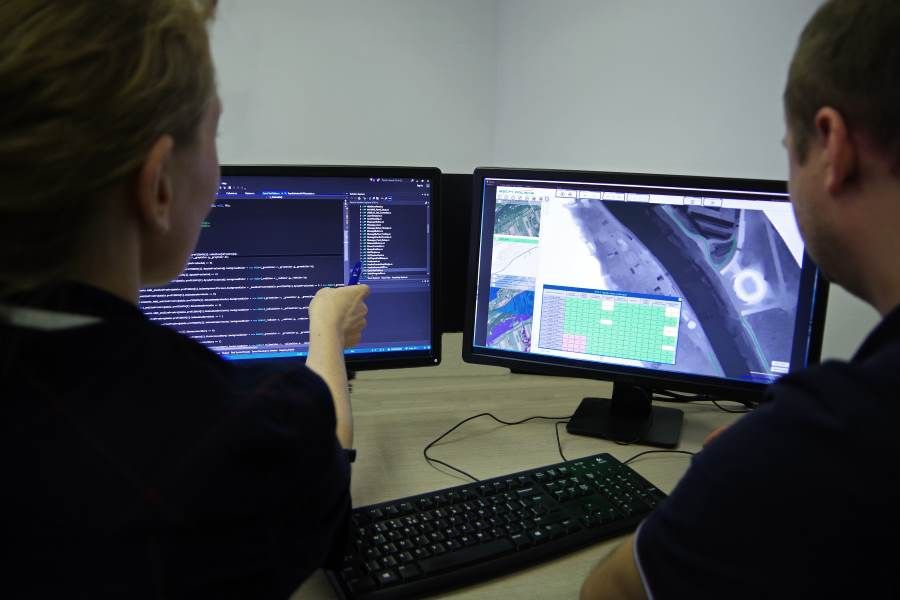 Polish rivers under the supervision of satellites

Polish engineers have created a system for monitoring ice on rivers based on data from Earth observation satellites. Its purpose is to provide an up-to-date situation on rivers and help prevent possible floods. These solutions were developed by Astri Polska as part of the EO4EP project, carried out for the European Space Agency and the World Bank. The project was completed in early October with the commissioning of an operational service, and discussions are currently underway to discuss the possibility of implementing it in Poland.

Ice congestion on rivers is one of the causes of floods in Poland during winter. Thanks to the use of satellite radar data, the services and institutions responsible for water management may have information on the condition of rivers for a large area, including the river basin The user does not have to incur any additional costs in the weather. The system for monitoring ice phenomena on rivers developed by Astri Polska provides information on the state of ice cover, dividing it into 3 classes. The user has the possibility to generate a report The advantage of our system is the use of free data from the European satellite Earth observation programme The new technology, which has been used so far by the Regional Water Management Authorities.

– The advantage of our system is the use of free data from the European satellite Earth observation programme „Copernicus”, This means that the user does not incur additional costs ncluding new data acquisition. Moreover, the accuracy of the obtained results The success rate of the system is approximately 90 percent., which means that the presented results are reliable – said Beata Weintrit, project coordinator on the part of Astri Polska.

Analyses can be conducted with high accuracy for rivers over 60 meters wide It is also a great success for our whole environment of Polish rivers, such as: Vistula, Odra, San, Bug, Narew or Pilica. Currently, talks are held on the possibility of implementing the system in Poland. The system can be further developed and if smaller rivers need to be monitored, the system can use commercial high-resolution data from a constellation of satellites in radar, such as TerraSAR-X/TanDEM-X.

Astri Polska has developed a system for monitoring ice on rivers within the EO4EP project (Earth Observation for Eastern Partnership) – an initiative of the European Space Agency The aim is to increase the use of satellite data within the project The project was carried out by the World Bank and European Investment Bank in Eastern Europe. The goals of the project were achieved by developing specialized tools based on free data from satellites Sentinel for Water, Land and Agriculture. Poland is among the group of beneficiaries in the programme alongside Georgia, Armenia and Moldova. The EO4EP project consortium consisted of: Crisis Information Center of Space Research PAS (leader), GeoSystems, GeoPulse, Astri Polska, GISAT, supported by Polish Centre for International Assistance (PCPM).