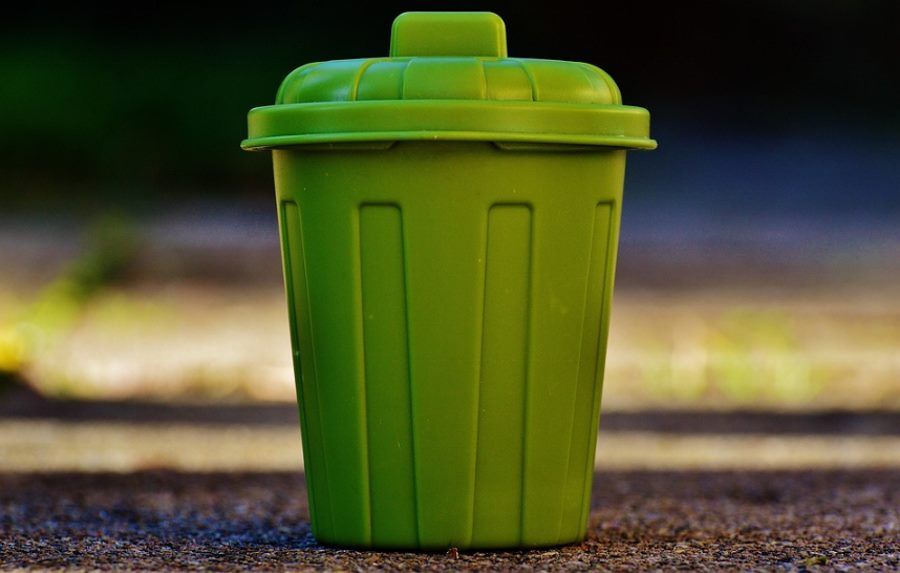 Waste segregation – how to use it effectively at home?

A single-use garbage can, an unwanted bottle, a used battery, or an apple crumb – often these items end up in the trash together when they should not. To take care of the environment you have to separate your waste. It is a simple task and does not require specialized knowledge, you just need a little organization and good intentions. What is waste separation and how can you do it effectively in your own home??

Wherever man appears, there is sure to be waste left behind. This is evidenced not only by the g ry trash in terrestrial environments, but also whole islands of waste in all the world’s oceans. What’s more, we have already littered the Earth’s orbit, where we can store our trash recks of satellites are circulating in, and even the moon. After several manned missions and a number of robotic missions on the Silver Globe, more than 180 tons of waste remained on the planet .

Since the start of mass production of plastics, in other words since the beginning of the 20th century in the 1950s., Mankind has produced over 8 billion in tonnes of plastic. And it is mostly plastic that pollutes the environment. It is the bane of our time . Unfortunately, only a small portion of that output has been recycled. The majority, scientists estimate to be over 6 billion in tonnes, ended up in the natural environment. This is because manufacturing is predominantly focused on single-use packaging.

Global plastics production has accelerated dramatically in recent years. In 1950, humanity produced around 2 million tonnes of plastic. Nearly 400 million in 2015 in tonnes. Plastic garbage can be found all over the globe. They are present in almost every ecosystem. They can be found on the most inaccessible islands in the Pacific Ocean, where they are carried by sea currents. Ba, even at the bottom of the Mariana Trench, a one-off ad was spotted ka. The oceans have been littered with huge amounts of garbage. The largest of these, discovered in 1997, has been dubbed the Great Pacific Garbage Patch and is estimated to weigh 3.5 million tons. But there are more such accumulations.

Although these facts may frighten you, they do not mean that you do not have an impact on the degradation of the environment by waste. Thinking that an individual’s actions on a global scale mean nothing is simply avoiding responsibility. But each of us is responsible for the environment. By taking care of waste segregation we have an impact on our immediate surroundings. The world our children will live in depends on us.

How to effectively separate waste in your own home?

It’s as simple as that. The sum of seemingly insignificant activities can really make a difference. Even taking your own bag with you when you go shopping will reduce the amount of advertising of litters brought into the home. In order not to forget to take them with you, you can store them in visible places – by the exit door or in the trunk of the car. In fact, the European Union will soon force us to do so, because from 2021, disposable ad The first plastic bottles or plastic cups will be banned.

Details The way b selective waste collection in Poland is defined by a decree of the minister of the environment from December 2016. The principle guiding the minister was to separate the raw in, which disposable advertising products can be recycled from those that They are no longer suitable for this purpose. The Ministry indicates that plastics and metals, paper, glass packaging and biodegradable waste should be separated.

It is good practice to sort all your trash in separate containers, but for those who If you have a problem with this and can’t figure out exactly what it is, two containers are enough. One for designated recyclable materials and another for the rest of the waste . This will already do a lot for the environment. It seems simple, but a visit to the local rubbish dump is enough to realize that not everyone understands it.

It is extremely important to properly manage hazardous waste, to which These include expired medicines, used batteries, accumulators and light bulbs ki, packaging of corrosive agents and so called “green waste”. electro-waste, i.e. white and brown goods. Take your outdated medicines to a pharmacy. Most pharmacies have containers specifically for this. The situation is similar with used batteries. This is where battery recycling bins are becoming more common. You can find them in many supermarkets.

Do not throw away packaging containing. Crush plastic bottles, this way b They will take up less space. Do the same with cardboard packaging and beverage cans. Ditch the single-use plastic bottles, cups and bottles, and The latest solutions developed by the scientists in favour of reusable ones. Take your electronic equipment to a dedicated collection point hich You can find them in many hardware and home appliance stores.

Give waste a second life

From properly sorted waste can be used to create new products. Bottles or jars can be used in the same form. Drink cans and tin cans can be turned into not only new packaging, but also completely different products, such as bicycles or eyeglass frames . Interestingly, aluminium does not lose its value during processing and the process is up to 60 percent cheaper. in the pore in connection with new production.

Discarded paper can be turned into new paper, toilet paper or cardboard. Almost anything can be made from plastics, such as bottles. From new packaging to furniture, equipment casings Electronic and film. One of the leading manufacturers of In sportswear, it produces from plastic waste Even footwear and jackets for winter.

A completely separate category is electronic waste, which They contain gold, silver, copper and other valuable materials. According to the Global E-waste Monitor 2017 report, in 2016 alone we generated 44.7 million in tons of e-waste In the US and only 20 percent of the world’s. of them was recycled. Tw The report’s authors estimated that the total value of plastic in plastic from electro-waste disposed of in landfills last year alone was 55 billion in US dollars . The recovered raw materials not only have considerable value, but can be reused.

What will happen to our planet?

The biggest problem is with plastics. Cleaning up the mess made over the years will not be easy. You will certainly need to commit considerable resources to this. They can also help c the latest solutions developed by the scientists of the e have a number of other ways to reduce our carbon footprint, such as making a naturally occurring enzyme called PETase work better.

A polymer that PET plastic bottles take hundreds of years to decompose in the environment. This can be accelerated by some organisms that can decompose this plastic, such as fungi Fusarium solani or Aspergillus oryzae, but an enzyme produced by bacteria Ideonella sakaiensis it does so most rapidly. PETase modified by British researchers may start to decompose plastic within just a few days. This could revolutionize the recycling process and help deal with the growing problem of waste accumulation in plastics.

You can also spr No more single-use plastic bottles, cups or cups in, for example, fuel. Poles have some success in this field. This is a technology that transforms plastic waste into fractions of liquid fuels. Entrepreneur Adam Handerek has been working on improving the depolymerization process for years with the help of In cooperation with the Institute of Industrial Chemistry, however, this technology does not currently meet expectations. But the entrepreneur hopes that within a few years there will be an industrial plant to turn plastic waste into fuel components.

International organisations are also involved in cleaning up the planet. At the beginning of September, a pilot program was launched to remove from the ocean in plastic garbage. An organisation that Ocean Cleanup, the company behind it, has set itself the goal of cleaning up the waste generated by the summer rivers and oceans . The device they have developed, called System 001, is expected to collect about 50,000 tons of garbage per year. It is a drop in the ocean of needs, but 60 such structures in a year could collect half of the plastic that makes up the Great Pacific Garbage Patch. The technology is currently undergoing tests and it remains to be seen whether the system will pass the test.

R At the same time as research seeking a solution to the problem of accumulating garbage, work is being done on sustainable and biodegradable materials, which They would have the same practical benefits as petroleum-based polymers. Researchers at the Georgia Institute of Technology have made significant progress on this. They developed a material based on crab shells in and on The model can be manipulated without directly interfering with the human body It can successfully replace plastic food packaging.

Fines for lack of segregation

In May this year, the European Union adopted new rules on waste separation. According to them, already from 2020, Member States must achieve 50 percent. The level of waste recycling . This rate, according to new guidelines, increases by five percent every five years. Data for 2016 shows that waste processing In Poland, the level of the population is 25-28%.

The prospect of sanctions from the EU has mobilized the government to prepare a draft amendment to the law governing the segregation of waste . This is expected to encourage citizens to segregate their trash and increase waste processing in Poland.

The analysis of the Ministry of Environment shows that on average we pay 8 PLN for waste. Those who Those who do not segregate will pay more, i.e. 14 PLN. But the amendment would increase that fee for malcontents and this rate is expected to quadruple.